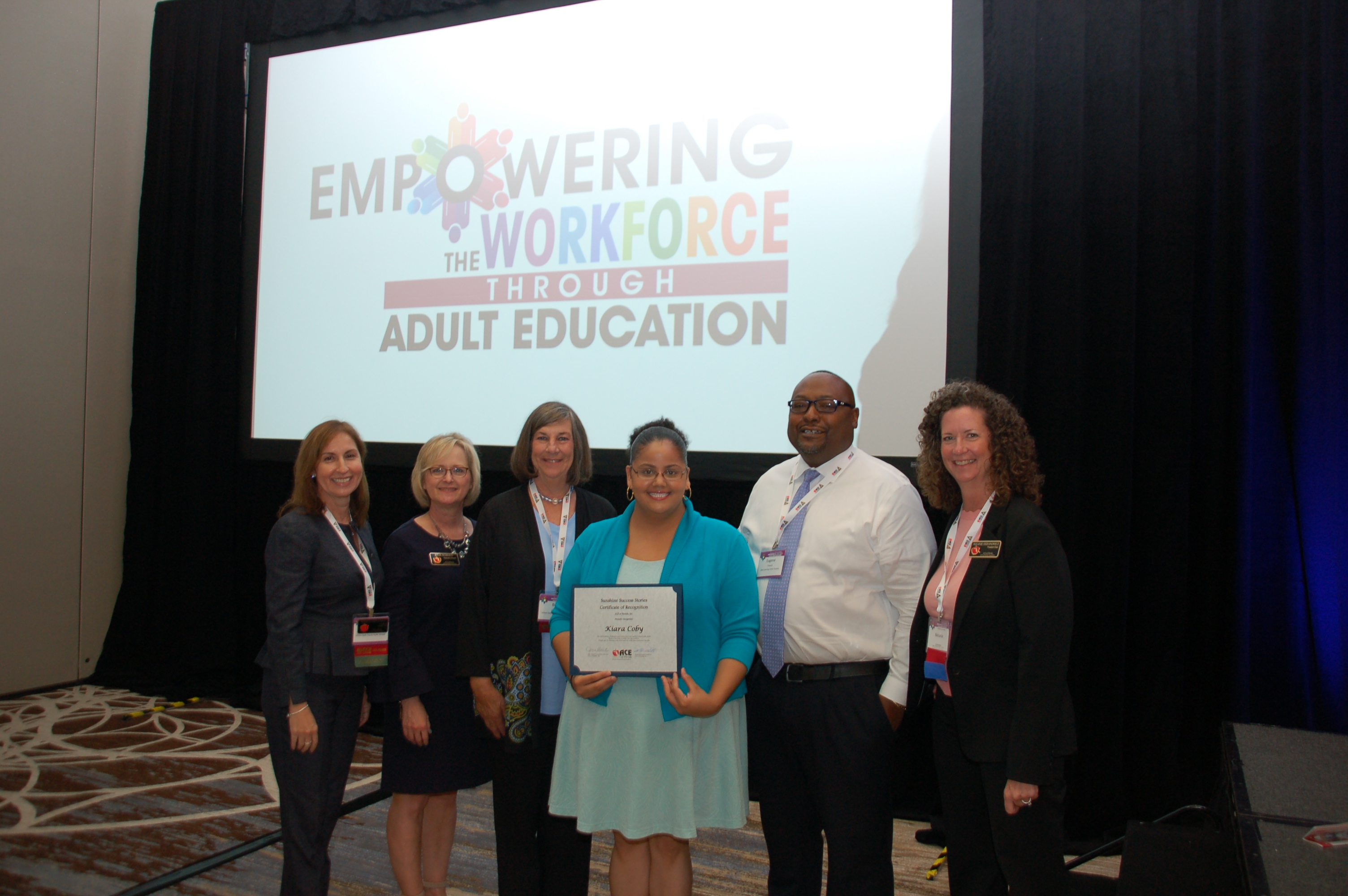 I have had severe anxiety and depression all through school and I’ve always had bad experiences with teachers telling me that I won’t make it and what’s the purpose of me being here.  This got worse in the 8th grade and I dropped out.  In addition, my mother suffered a mini stroke and as a result, we ended up being homeless.  Almost my whole life, we have been in one shelter or another.  My attendance was so poor that my mother got into legal trouble because of my truancy. I had gotten a job in childcare, but I got laid off after 5 years. While unemployed, I realized that for me to get another job or a quality job, I would have to get my education.  There is no free ride out there anymore.

I used to feel like why try? I was crippled by the fear of returning to school.  The big moment, however was last year’s graduation, my sister decided that she was going to come to ALCO to get her diploma.  She did online classes and was able to get her diploma.  I was in the audience and I decided for the new year of 2018 that I was going to go to school. I immediately tested into the GED prep classes even though I was out of school for so long.

I know what it feels like to feel dumb; feel counted out.  I hear other students beat up on themselves.   There were times when I was broken, crying on the floor.  Even through those times, I didn’t give up.  I would still read.  I read the dictionary because I thought I could learn to speak well if I knew big words.  Though I had anxiety and depression as obstacles, there was always that part of me that wanted to be an educated woman.

At 26, I decided I deserved this; a chance at new opportunities and a new life. It started with a belief in myself and it manifested before my eyes with hard work and a lot of studying. I created wristbands to wear to remind myself and other students that they can achieve anything and reaffirm their self-worth. The wristbands read, “I can. I will. I did.” I am greatness. It’s a declaration that you can achieve the impossible and overcome any perceived obstacle.

I started Valencia in August and will eventually go UCF to complete my bachelor’s degree in early childhood education. If I listened to the naysayers, I wouldn’t be here today. It might not come easy and much effort will be required but remember

“Life’s battles don’t always go \ To the stronger or faster man; \ But sooner or later, the man who wins