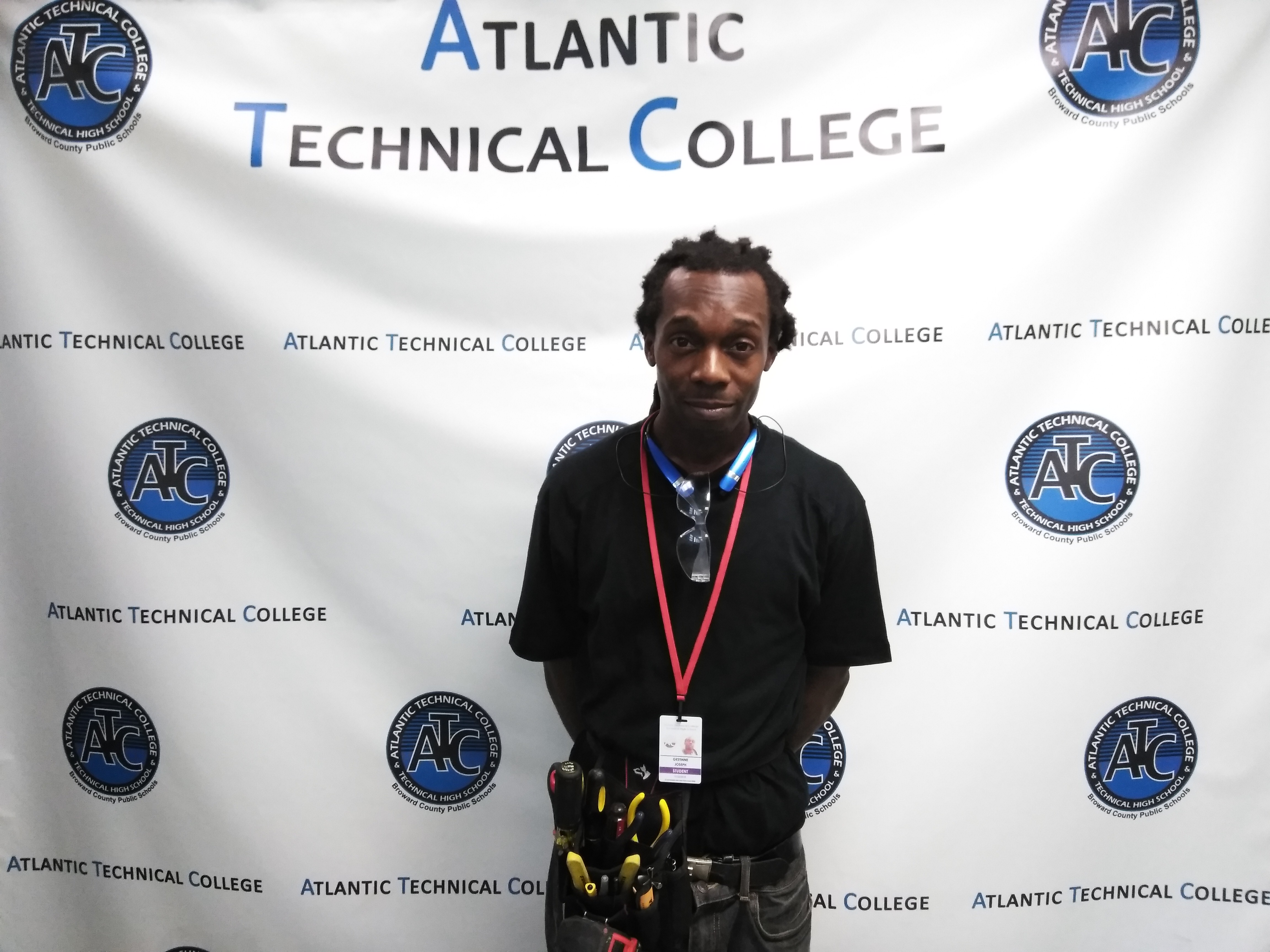 Gestinne hung out with the wrong crowd when he was young and fell behind in his school grades. After getting into trouble with his so-called friends, he made the firm decision that education was the path he needed to take to get to a high and more productive place in life. Unfortunately, at that point, the high school he attended told him that his GPA was too low and because of his age (16 years old in the 9th grade), he would probably not graduate; therefore, he could not continue at the school. Gestinne then decided to transfer to another high school, but soon after, that high school told him the same thing. At 17, and still in the 9th grade, he began night classes at a private GED agency. Gestinne realized that this was not the environment that would help him meet his goal of getting his diploma. After 6 frustrating months, he was terribly discouraged and thought he may be too far behind to finish. But with the support and encouragement of his mom, he registered at Atlantic Technical College (ATC).

His disappointing results on the TABE placed him in the lower levels in math, reading, and language. It took him 2 laborious years to move from ABE level courses to GED level classes. After another 2 long years at the GED level, Gestinne received his high school diploma. After receiving his diploma, he registered for the electrical program at ATC. But was told that his TABE reading and language scores had expired, and he would need to get those two scores back up. This news was disheartening after he had come so far because now he would have to go back and retake the TABE test. Despite the setback, Gestinne was determined to get what he came for, so he attended tutoring in the evenings each week after his electrical class to work towards getting his TABE scores back up. He faithfully attended tutoring for several weeks and successfully achieved scores above a 9 in both the language and reading assessments.

Gestinne’s spirit to overcome hurdles has caught the attention of many of his colleagues and staff. As a result, he will spearhead the ATC new student mentoring program where selected CTE students will mentor AGE students throughout the year.

Gestinne is a humble, yet passionate person who motivates everyone he comes in contact with. Gestinne’s motto is, “if you get knocked down 99 times, you get up 100 times”.